Germany is Earning Michelin Stars at an Exceptional Rate

I am so excited to be in Germany taking part in a Culinary tour where we visit Wolfsburg, Osabruck,-Bergisch, Gladbach, Cologne and Stuttgart. I did not realize how many Michelin Star establishments they have. The are hot on the culinary scene.

My own start at The Ritz Carlton, Wolfsburg, is showing me all I did not know about what is happening with the food scene in Germany. It is exciting. The whole week is full and Monday night, they have a special event for us.

According to Ingo Scheuermann, “The big theme on Monday will be to present you the cuisine of four protagonists of an upcoming culinary movement, Neue-Deutsche-Schule, as a German approach to culinary progress. Apparent from the font used, Bauhaus, this movement hinges and builds on the traditions and heritage of the German Bauhaus tradition in creating and composing dishes… The press dinner is the kick-off event and we hope that there will be a lot of culinary delight and fruitful discussion.” 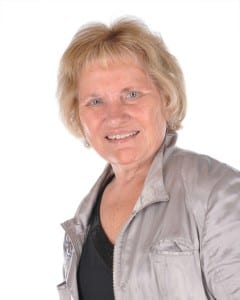 Maralyn Dennis Hill, The Epicurean Explorer, is president emeritus of International Food Wine & Travel Writers Association, member of Society of American Travel Writers, and Society of Professional Journalists. She is Executive Editor of Luxe Beat Magazine and contributes to other publications. She also speaks and is a guest on many shows. The majority of Maralyn’s articles are now geared to the luxury market, spas, corporate retreats, business events, and culinary tourism, from simple to gourmet. Maralyn’s description of herself: I was born to travel and tell the tale. I’m energized by different cultures in every aspect of their lives, from food, wine, and destination, to how they conduct business. Travel represents a continual geography lesson.

ETIAS and All You Need to Know About It

New Life to the Old and Traditional Spring Lamb Roast