Aromatherapy Around The World

Aromatherapy seems like a new-age fad to many people, but the truth is aromatherapy has actually been around for thousands of years. In fact, aromatherapy has been in use since the Egyptians discovered the potential therapeutic benefits of the healing power of essential oils.

Aromatherapy is still practiced around the world, though different cultures commonly go about it differently.

In Chinese medicine, aromatherapy and the healing power of scent and essential oils plays a large role in many different treatments; however, Chinese aromatherapy is slightly different than what most Americans are familiar with.

Chinese medicine uses aromatherapy as a way to affect different organs and other parts of the body. For example, practitioners of Chinese medicine believe that aromatic herbs, like cloves, affect and promote kidney health. Frankincense is also commonly used to help increase life force, or “Qi.”

Aromatherapy Use in India

In Ayurvedic medicine, the traditional Indian form of medicine, aromatherapy has been in use for more than 3,000 years. In fact, Ayurveda has incorporated scents and essential oils in all sorts of treatments for many different ailments, and aromatherapy has even seen some significant popularity in mainstream medicine.

While western medicine has become more and more popular in India, aromatherapy is still practiced and recommended. Many people even choose to use aromatherapy and essential oils in conjunction with medications, like antibiotics, to ward off illness.

Aromatherapy has been in use in Europe since the Crusades, and it’s still very popular in many different places. While certain areas, such as Rome (where aromatherapy and the healing power of scent and essential oils was once an important part of traditional medicine) have moved toward standard Western medicine, aromatherapy does still play a role.

Unlike aromatherapy in China and India, aromatherapy in Europe is commonly used to treat ailments like fatigue and poor mood; however, there are practitioners of Eastern medicine and holistic medicine that actually use aromatherapy as part of a whole treatment for a variety of illnesses.

Stress seems to be a big part of everybody’s life in modern times. While practicing general stress reduction techniques can be beneficial, aromatherapy can help many people reduce their overall stress level.

One of the biggest benefits of aromatherapy is that it utilizes the senses to actually help you feel calm after a stressful day or event. The act of simply relaxing during an aromatherapy session, even if you’re doing it at home on your own, is also very helpful for many people with incredibly busy schedules.

Like Europe, the United States is full of practitioners of Eastern medicine and aromatherapy, though western medicine has a stronger foothold with the general public. However, that doesn’t mean that aromatherapy isn’t beneficial, and many people swear by its healing powers.

Countries like the United States, where aromatherapy is popular but isn’t generally used to treat disease and serious illness, often use it to promote well-being and stress reduction.

Marcela De Vivo is a freelance writer, yoga enthusiast and business owner in Southern California. She works with VapeWorld to educate others about the many benefits of aromatherapy and even includes it into her yoga routines to manage her stress. Follow her on Pinterest today! 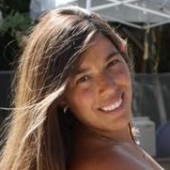 Marcela De Vivo is a freelance writer, yoga enthusiast and business owner in Southern California. In addition to incorporating yoga into her daily routine to manage her stress, she also uses aromatherapy quite often as it offers several health benefits. Follow her on Pinterest today!

What Can One Do to Stop Snoring?

From Lasers to balloons: The Skinny on the latest Slim Down Treatments