ATHLETES THAT BEAT THE ODDS

In the past, Athletes had generally chosen to keep a low-profile but every now and then some emerge as stars and either make it to popular talk shows or on tabloids for all the wrong reasons. We’ve all know the stories of the great athletes from the past, whether it was the glory days of Muhammad Ali or the dark and bizarre ones of OJ Simpson. These athletes were inspirations for generations that followed.

Now Millennials have their own inspirational athletes that have found success despite all the obstacles that came their way.

Here’s a list of young athletes who succeeded in their fields defying all odds:

Simone Biles is an American artistic gymnast who won Gold in the 2016 Olympics at the mere age of 20yrs old. Biles holds a total of 19 Olympics and World Championship Medals making her one of the most celebrated American gymnasts. Currently, Biles holds the record for the most Gold medals for American women’s gymnastics.

Biles and her siblings were born to a mother that struggled with alcohol and drug addiction making her unfit to look after her children. Her father abandoned the family and never had a relationship with his daughter. Biles was then raised by her grandfather who adopted her and her sister. She was also homeschooled throughout high school.

Besides her tumultuous family background, her determination and hard work have made her unstoppable in her field. Since the 2016 Olympics, Biles signed on to compete in Dancing With The Stars where she placed 4th. She may not have won the show but she definitely is a household name now.

Who knew a female UFC champion could become as big as Ronda Rousey? I mean how many of us can name any of the UFC men?

Rousey is the undefeated women’s bantamweight champion in UFC but in November 2015, she suffered a knockout loss to Holly Holm. Rousey didn’t handle the loss well and she later admitted to having suicidal thoughts immediately after the match when she was taken to the hospital. She claimed that it was her relationship with her boyfriend at the time Travis Browne that got her through the moment.

In the past, Rousey had experienced bullying for having big arms and her voluptuous body shape. Not one to be held back, Rousey decided that she wasn’t going to let such vile become a hurdle. She was one of the first athletes to be on the cover of Sports Illustrated, where she showed off her toned plus-size figure. She continues to encourage young women to embrace their body-shapes.

Rousey has since returned to the ring and wishes to have another go at Holm.

Professional surfer Bethany Hamilton has to be one of the most inspiring athletes out there. Most athletes will give up after major sports injuries but Hamilton kept at it even after losing her arm to a tiger shark at the age of 13.

It only took Hamilton a month to get back on the surfboard and in within a year’s time she was presented with her first national title.

Back in 2015, Hamilton once again grabbed attention for surfing while being 6 months pregnant. Hamilton defended herself saying she was simply enjoying an active pregnancy and that she’s never surfed better.

Her perseverance and positive attitude continue to inspire millions across the globe.

Serena Williams has also been a victim of body-shaming. This time it was to do with her cuts and muscles which didn’t go down too well for some internet trolls who continue to compare her body to a man’s.

Williams responded gracefully by posing for the cover of New York Magazine in a bikini while doing splits, showing off her beautiful curves and her toned body.

When asked about her workout routine, Williams explained that she isn’t into the conventional workouts because it bores her. She believes in keeping her exercise fun – she just runs for 10mins and then dances!

Mullins has been beating the odds from the day she was born. Not one to let her physical condition stop her from pursuing her dreams. Mullins was born without fibulae in her legs. Doctors said that she would never walk – running was completely out of the question. Her legs are amputated below the knees. The following year she was given prosthetic legs.

While growing up, Mullins grew fond of competitive sports – particularly running. She hired a coach and trained hard. She became the first amputee to compete in Georgetown University’s Division – track 1.

In the years that followed, she set 3 records at the Paralympics. Mullins is now a model and motivational speaker. She continues to inspire people all over the world, she is living proof that with fortitude anything can be achieved.

Author Bio: Brooke Whistance is a passionate health and lifestyle blogger who loves to write about prevailing trends. She has been living in Los Angeles, California with her family including, her parents and two siblings. She is a featured author at various authoritative blogs in the health and fitness industry. You can always follow her at @IamBrooke94

If you would like to submit a guest post on food, wine or travel to Where and What in the World, I would be happy to feature your travel experience , drink, special wine tasting, or family or simply delicious recipe. If you go to submission tab, you will see how to submit, as well as have the opportunity of telling me if you would like to would like to be a regular contributor. When uploading a file for submission, you are also able to upload jpegs. Please feel free to put a last paragraph about you and a link to your profile. No html please. You can also include a head shot. 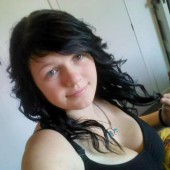 10 Tips for Business Travelers in Singapore