10 Destinations for The Best Seafood in The World

Are you on a seafood diet?

No, not the “I see food and I eat it” kind of a diet, but the kind where your hankering for oysters on the rocks and authentic fish tacos just can’t quite be satiated?
If you’re looking for recommendations of some of the best seafood in the world, look no further than this post here. Below you’ll find 10 of the top destinations to satisfy your cravings, shrimp cocktail in hand:

1. Madrid
This Spanish city may be landlocked, but don’t let its lack of ocean-side views detract you from the some of the best seafood recipes in the world. Many of Madrid’s seafood restaurants have fresh catches flown into the city daily, making it the perfect place for seafood lovers. One of the most common and can’t miss dishes you’ll find are tapas. Tapas are appetizer-style dishes meant to be enjoyed alongside a drink. A few tapas you may be lucky enough to delve into include grilled shrimp, Galician-style octopus, tempura prawns, tuna tartare, or crunchy toast with bacalao (cod) and tomato sauce. If you’re looking for unique and refreshing preparations of different types of seafood, Madrid is your place. ¡Delicioso!

3. Seattle
Sure, you can get a great cup of coffee in Seattle, but did you know you can get amazing seafood too? Any seafood lover should make a visit to the iconic Pike Place Market first on their list. Here, you’ll find some of the best seafood restaurants in seattle and can pick up everything from plump salmon steaks to whole dungeness crabs. Just keep an eye out for the flying fish as you make your way around the market! If you aren’t interested in cooking up your own catch-of-the-day, a quick stop into any of Seattle’s upscale eateries or hole-in-the-wall favorites will certainly render baskets of juicy fried oysters and succulent blackened halibut.

4. Tokyo
If you’ve ever dreamed of eating sushi for every meal, consider yourself in good company here. Japan is of course, the esteemed birth place of sushi, but Tokyo specifically boasts the world’s largest and busiest fish market in addition to having more Michelin Star restaurants than any other city in the world! For a testament to this (in a beautifully minimalist environment), go for a kaiseki (multi-course) dinner at Ishikawa.

6. Palermo
Palermo is one of the most beautiful places to experience some of the best seafood in the world. Before treating yourself to a scoop (or two) of gelato, order up a hefty serving of fritti misti (fried seafood platter) or the raccolta del pescatore, the freshest catch of the day.

7. New York City
If upscale, world class dining is what you’re looking for, your answer might just be New York City, New York. For utmost extravagance, book an evening at Marea in Midtown West, one of the most opulent and best seafood restaurants in NYC. A pick-your-own sampler comprised of such morsels as the striped marlin with preserved lemon and olives or sushi-grade tuna precede main course entrees of flaky sea bass and baby octopus, all in a sleek, modern setting. Not dinnertime? No worries! Russ & Daughters serves up the seafood breakfast of your dreams with caviar flights, pickled herring canapes, and sturgeon scramble. For the most classic of New York-style breakfasts, you can’t miss out on mouthwatering offerings like the potato latkes with wild salmon roe or a bagel smothered in cream cheese topped off with capers and smoked sable.

8. Sydney
With its beautiful beaches and stunning harbor views, it’s no wonder that Sydney is also one of the best seafood destinations in the world. Hit up spots like House of Crabs for fries drenched in lobster gravy and bacon, or Saint Peter where the only thing on the menu that isn’t seafood is the dessert!

9. Panama City
Take a trip to Panama City, Panama for rain forest treks, historical sightseeing, and a little (a lot of) indulgence in some of the best seafood in the world. Stop into the Mercado de Mariscos for $2 ceviche or fried Corvina– a type of fish similar to sea bass that you’ll find in abundance here!

10. New Orleans
When it comes to New Orleans, you can bet that the seafood is caught and enjoyed all on the same day. Satiate your appetite with smothered catfish and crab au gratin, or perhaps with an order of fried oysters and brie from Clancy’s. Any trip to New Orleans wouldn’t be complete without savoring plump shrimp served up in a jambalaya, po boy, or with grits (or all three).

About the Author
Justin Hester is the founder of ReefNation and self-proclaimed ‘commander in reef’. He grew up on the south shore of Long Island, in NY. When he moved to the Midwest in the 90’s, that desire to smell the salt air again was what led to him to start a saltwater coral tank and eventually begin ReefNation. Justin recently wrote an article about the Spotted Eagle Ray that he strongly recommends you check out. 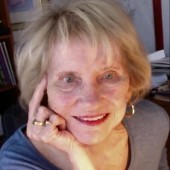 Maralyn Dennis Hill, The Epicurean Explorer, is president emeritus of the International Food Wine & Travel Writers Association and Editor-at-Large for Luxe Beat Mag. She contributes to numerous publications. The majority of Maralyn’s articles are now geared to the luxury market, spas, corporate retreats, business events, and culinary tourism, from simple to gourmet. Maralyn’s description of herself: I was born to travel and tell the tale. I’m energized by different cultures in every aspect of their lives, from food, wine, and destination, to how they conduct business. Travel represents a continual geography lesson.

Why travel solo? And what do you need to know to make the most of it?