5 ways shilajit helps you power through your workout

If you’re looking to increase your energy, stamina and endurance to kick your workouts up to the next level, bypass the energy drinks and caffeine and turn to ancient Ayurvedic tradition instead. You read that right. The secret to boosting your performance isn’t well known in the Western World, but it has been used in Ayurvedic medicine for millennia.

Known as the “Destroyer of Weakness” and “Rock of Life” in Sanskrit, shilajit (pronounced Sheila-jeet) is a thick, resinous pitch formed over centuries as plants and trees decompose. It is found among the rocks in the Himalayan mountains and has been part of Ayurvedic tradition for centuries. British archaeologists have found evidence of its use in the Indus Valley civilization in Pakistan and northwest India as early as 2600 B.C.

“PrimaVie biome optimized shilajit provides a lift in energy, increases endurance during your workout and helps with a faster recovery after it,” said Bruce Brown, president of Natreon Inc., which manufactures the product. “It is a patented and clinically studied solution powered by purified shilajit, considered to be the most potent ingredient in Ayurveda.”

Shilajit in pure form contains 50 percent fulvic acid and a complex network of more than 85 different vitamins and minerals. There’s nothing else like it found in nature, and this network of interconnected vitamins and minerals cannot be replicated in a lab. In addition to fulvic and folic acid, shilajit contains iron, zinc, magnesium, potassium, carotenoids, retinol, B, C, and E vitamins, and much more.

* Increases ATP, the primary energy currency in the body

* Aids in recovery by reducing the inflammatory biomarker

While shilajit may not be the fountain of youth, it is touted as Ayurveda’s only panacea, or cure-all. Energy, revitalization and stamina to get through a workout aren’t the only benefits of this unique biomass. It fights promotes brain health and is an anti-aging agent because it’s a titan for mitochondrial energy. Biome optimized shilajit also aids in skeletal health, helps regulate blood pressure and supports heart health.

The recommended dosage of purified shilajit is 250 to 500 mg. per day. For more information on biome optimized shilajit supplements, including links to several recent studies that prove the biological benefits of the traditional Ayurvedic approach, visit http://primavie.natreonone.com/. 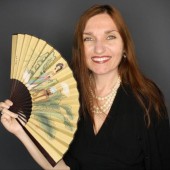 Why Myrtle Beach is the perfect fall vacation for families

10 Must Do Things in Dubai for First Time Travellers