Last month the boutique Grande Colonial, built in 1913, finished a $4 million renovation to its 97 guest rooms and suites. Warren Sheets Design, Inc., a San Francisco-based architectural and interior design firm recaptured the hotel’s classic European ambiance in the main lobby, onsite Nine-Ten Restaurant and guest rooms. This hotel is conveniently located just one block away from the Pacific Ocean and the sea lions sunbathing at Children’s Pool Beach.

While staying at the hotel, I learned that in the 1920s, The La Jolla Drugstore was moved inside the Colonial’s main building. The pharmacist of the drugstore was also the father of actor Gregory Peck. When an ice cream parlor was added on the sidewalk serving up chocolate sodas and banana splits, it became a popular community gathering destination.

When Gregory Peck left bucolic La Jolla for Hollywood, he returned in the late 1940s, and lived in the Grande Colonial as a temporary home with his fellow La Jolla Playhouse actors. Founded in 1947, the La Jolla Playhouse helped launch the careers of Mel Ferrer and Dorothy McGuire. Charlton Heston, Groucho Marx, Jane Wyatt, Eve Arden, Pat O’Brien, David Niven and many other celebrities who occupied the hotel well into the late 1950s.

Some of the elegant ocean-view rooms and suites have windows viewing the Pacific Ocean. The rooms are light and bright, and windows can be opened to allow fresh ocean breezes into the room.

We stayed one night in a standard room on the ground level with two Queen sized Serta iComfort Eurotop mattresses covered with a goose down comforter. The extra large bathroom had one vanity sink with an array of Gilchrist & Soames bath and body products. The bath and shower combination had decorative block glass to allow more light into the bathroom. Inside the closet was a safe and two plush robes.

Other amenities include free high-speed Internet access; a HD TV with full HD channel lineup including HBO; Keurig single serving coffee makers; complimentary in-room bottled water; and twice daily housekeeping service including evening turn-down service. A sliding glass door led out to a community patio with two chairs and a table outside our room. It was ideal for coffee in the morning. There was also a sliding screen door to allow fresh air inside.

The hotel does offer a circular pool and plenty of lounge chairs, however there is no bubbling whirlpool.

For more information or to make a reservation, go to The Grande Colonial. 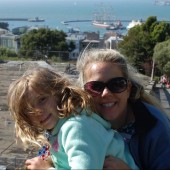 As a travel journalist for 17 years some of my favorite experiences have been climbing The Great Wall in China, swam with Stingrays in Bora-Bora, explored caves in Belize, followed a pod of Orcas in Alaska, swam in the warm waters of Krabi in Thailand, visited Marco Polo's house in Korcula, Croatia and sailing around Richard Branson's Necker Island in the British Virgin Islands. Read my travel reviews to be inspired to see the world.

Best Cities to Visit in California

Ring in 2017 in a totally thrilling manner